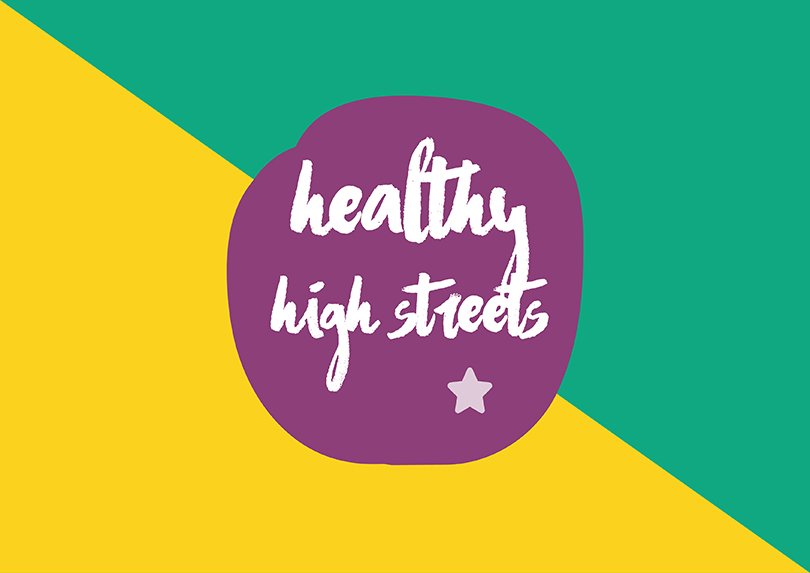 Londoners responding to the Great Weight Debate survey identified too many cheap unhealthy food and drink options and too many fast food shops as the top two factors  making it harder for children to lead healthy lives in the capital. Cheaper healthy food and drink, support for families to cook healthier food, limits on the number of fast food shops and less marketing and advertising of high fat and sugary food and drink were the top four factors they felt would support children to lead healthier lives.  In response to these findings, we launched the Healthy High Streets Challenge to work with fast food shops, businesses and communities in three London boroughs to pilot their ideas for making high streets healthier for children and young people.

The challenge is being run on the high streets of West Green and High Road in Haringey, Walworth Road and East Street in Southwark, and Clapham Road and around Stockwell Tube station in Lambeth.

We asked businesses, fast food shops, entrepreneurs, communities and schools in these areas if they had ideas that would make it easier for children and young people to make healthy food choices on their high streets.

As part of the launch, food businesses on each of the high streets offered specially prepared, healthier meals for one week. These meals were available at a reduced cost for children and young people, and for parents who came in with their children.

Ideas events were held on each high street for residents and businesses to find out more about the challenge, learn what people thought of the food on their high street, get examples of ideas that have worked elsewhere and develop their idea with support from experts.

The challenge is being run in partnership with Guy’s and St Thomas’ Charity, Battersea Power Station Foundation, Hackney, Lambeth and Southwark councils, and the Innovation Unit.

What we were looking for

All the ideas submitted as part of the Healthy High Streets Challenge were judged by an expert panel in December 2017. The panel looked for the ideas that would have the most potential to:

Be possible – ideas that were ambitions and creative but could be set up and tested quickly.

Be long lasting – ideas that had a good chance of making a difference into the future.

Spread – ideas which were fairly simple to understand and easy to get up and running so they could be adopted by other businesses, high streets or communities.

We are now working with those who put forward the winning ideas to put their plans into action. The winners will be supported with advice and funding of up to £2,000 to pilot their ideas for two months on their high streets later in 2018.

If the ideas that are tested on the high street are successful they could go on to get further funding or be expanded to other parts of London.

Insights from research and evidence about healthier choices