Transformation Partners in Health and Care > News, blogs & videos > News > A Black history of HIV in London – stories from Londoners

A Black history of HIV in London – stories from Londoners 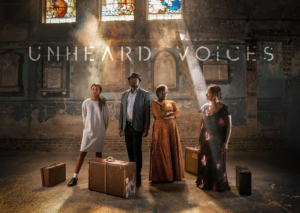 The Unheard Voices photographic exhibition from the Africa Advocacy Foundation. A beautiful collection of photos that highlight health and social care inequalities and the needs of Black communities in the UK.

Fast-Track Cities London and One Voice Network  are marking Black History Month 2020 by documenting the stories, work and opinions of Black people living with HIV in London and the people and organisations supporting them.

On Wednesday 28 October we ran an online discussion about what London can do together to get to zero HIV in Black communities.

Interviews, videos and blogs shared with us for Black History Month 2020 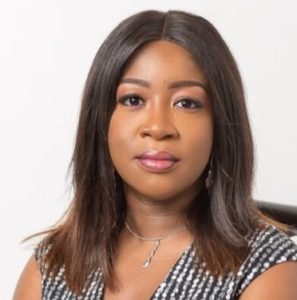 Interview with Dr Vanessa Apea a consultant physician in Genito-urinary and HIV medicine and the clinical lead for Sexual Health at Barts Health NHS Trust. Vanessa is also an Honorary Senior Lecturer at Queen Mary University of London and a former Fulbright scholar. Vanessa is passionate about reducing inequalities in healthcare. She has made this a central focus of her clinical and community based work and has received an NHS 70 Windrush Award for her contribution to improving health equity. She has an established track record of exploring barriers to engagement in care in marginalised populations and has a particular research interest in participatory approaches and the intersection of race, gender and health.

Reverend Jide Macaulay is an openly gay British-Nigerian born in London, who has been a Christian minister since 1998. In this video he discusses his personal journey with HIV and experiences as an HIV positive activist. He also explores religion and HIV and the role religious leaders should take to fight stigma and discrimination for Black people living with HIV. 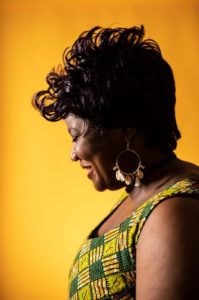 “My hope is one day there will be an end to stigma and I will have a better quality of life.” By Anon

“Looking back at the time I was diagnosed 20 years ago, the uncertainty, fear, and weight I carried around with me was overwhelming, to say the least. Fast forward to today, I am grateful for the improvement in medication, a great relationship with my consultant, and most importantly support services that are tailored to my cultural needs. My message to my old self 20 years ago would be, you are strong, resilient, and in good hands…the future is definitely bright!” By Anon

AHPN started 22 years ago. African women living with HIV were routinely excluded from discussions about treatment and care. They were not invited to conferences or meetings and their voices were not heard. A group of strong vocal African women began with their activism, meeting in each other’s houses, printing material and demanding to be heard at conferences held by, and for, medical experts. They adopted the name the African HIV Policy Network and set up an office under the umbrella of the National AIDS Trust. As the work burgeoned and they became established they set up their own offices and developed numerous funding streams. Today AHPN is the acronym for African Health Policy Network with the name change reflecting the fact that HIV is one of a range of health issues affecting African descent communities disproportionately. These poems are written by three women who stand on the shoulders of those founding Mothers.

POEM: I AM A YOUNG PERSON, BY JANE

I was never there when I was conceived

I was never told that I had it in my blood

But at 13 my mum told me the terrific news

She educated me about HIV and I was born with it.

She said it affected anyone and does not discriminate, but why me and not them

Yellow, black or white, I was told

But the key is medication and I can take control of it.

So how about dating and reproduction, there are good guys out there

Who will accept me with this virus of a friend?

I want to hear this from someone of my age

But not for this HIV virus

Life can be so unfair

Life is a mystery

But life is full of surprises

I’m now a young adult and I understand it more

I’m loving the uniqueness in me

That is the day I have decided to tell my committed boyfriend about it.

I’m ready, yes I am, ready to stay with those that love me as I am.

That’s the new me and I am willing to share my success story.

POEM: IT WAS A TOTAL TURN AROUND, BY MAKEADA

I never knew I would see the sun again

I never thought I would enjoy a love life again

Neither did I ever think of being productive again.

I was blinded, I was ignorant and I never bothered or motivated

None of this was my portion (tofiakwa)

But February 2004 I got the shock of my life

A big surprise for me full of challenges

An HIV diagnosis took over my life,

My freedom, my confidence and my self-esteem was compromised

HIV came in my life with a package and then some

Stigma, discrimination, inferiority and fear was in me.

It also brought out the African woman in me

The boldness, the fighting spirit, as well as the mover and shaker.

I am now not just a woman

but a strong powerful African woman.

I am leader in the community, an advocate, a counsellor, a helper

A giver of hope, a helper to those that are now in the same boat with me.

I represent the changing face of people living with HIV.

I live the experience of having the virus in my system

But I am a saviour and looking forward to the best life ahead.

I am committed to be part of the change

I’m committed to tell my story without fear, guilt, shame or inferiority

I am part of the changing face of HIV.

I’m empowered to fight stigma and discrimination of people living with HIV.

I am alive to impact the world with my skills and my testimony.

Most of all, I am in full control of my life whilst living with the virus.

Their messages and secrets posted silently,

For we are all Hijab’d now.

My scarf used to mask me

While others mocked me

It used to mask my HIV

But now it’s just me

Collection of prose and poems from House of Rainbow

The videos below are a collection of stories and poems from @HouseofRainbow sharing stories from Black men who sleep with men living with HIV.

These men are from a variety of countries including Cote D’Ivoire, Zimbabwe, Ghana and Nigeria, and include one French speaking contributor.

“The poems and prose in this collection are personal, direct, witty, humour, sad, desperate and educational. At times when many felt they have no chance of surviving this deadly virus, we have created a safe place for people especially gay men with HIV, where they can pour out their minds and souls and be nourished with abundance of love.” – Rev Jide Macaulay, www.houseofrainbow.org

This is Benny from Ghana. He is a man who sleeps with men and he is HIV positive. He tells us about what it felt like to find out he was HIV positive.

This is Arnold from Zimbabwe, a proud living man who sleeps with men and a deep faith Christian. He is also living with HIV. “When I first got diagnosed I thought it was the end of the world. I was so afraid. Afraid to even share my positive status with family and friends. I stick to my treatment and I am undetectable. HIV is not the end of the world, it’s just the beginning.”

“If you want to know the true reflection of yourself, look into the mirror. When I was diagnosed in 2009 I felt my life was in danger, as if the world had crashed on me. I had no hope, I had no future, but I spoke to the mirror. I had a mirror in my room because I knew I had no friend. “Life doesn’t end when you have HIV.”

Beautiful words from our French speaking contributor from Cote D’Ivoire. “And I rise from the ashes. I promised not to be controlled by this stranger in my life.”